Is acupuncture better or worse than we think it is?

Is acupuncture better or worse than we think it is? For years acupuncturists have been vying for acceptance within the standard medical model and thus have aimed to prove the validity of our clinical experience, which tends to be positive. How else could acupuncture of survived over 2 millenia? We have struggled against the establishment, forced to use their methods and terminology to be accepted into the medical mainstream. And now we are getting a strong research base, proving that we can be evidenced based, and in doing so proving that acupuncture is better than standard care for a variety of conditions as well as being safe and over and above placebo. 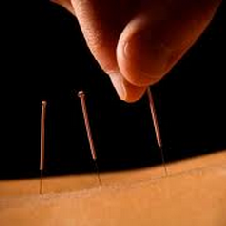 This video presentation, from The Annual Acupuncture Research Symposium, 2016, is a fascinating look into that world and some of the issues we are having. Hugh McPhearson, the only professor of acupuncture in the UK, looks into why acupuncture isn’t more accepted than it is. Showing that sham acupuncture is an unfair model of control as it is too therapeutically active, far more than the sugar pill and even better than some medication. He explains why this is an issue and how some researchers have used this unfair comparison to say acupuncture is either not effective enough or no better than a placebo. He explains studies that show acupuncture compared to other treatments for a variety of conditions and how in certain cases it is a superior medicine with far fewer side-effects than pharmaceutical interventions.

He also goes into some of the stark double standards that have held acupuncture back. How, against the general rhetoric, many standard medical interventions are not evidenced based and how, in specific cases, NICE has put harsher standards and hurdles to acupuncture than it has to other interventions.

Over the next few years, as research into acupuncture gets better and better the narratives that have held acupuncture back will fall away and, hopefully, we will be integrated into the NHS… One can hope.